Michelle Garforth and Her Bhejane Experience

It’s 5:30 in the morning and there’s a knock on my door. The sun is just starting to warm the Acacia tops here in Zululand.  It’s time for another 5km walk and I still can’t believe that I am six months pregnant and my feet barely fit into my boots.  The motivation of knowing that I’m almost a FGASA level one qualified ‘Dangerous Game Field’ guide is what propels me from my bed and into the shower.  It’s what I’ve been working towards for almost two years.

When I started the tv show Wild Ltd 1 in 2004, I never knew the profound impact it would have on my life and before long we were knee deep in production for Bush Radar, our children’s series.  The culmination of these two series has meant that I spend almost two weeks a month in the bush. 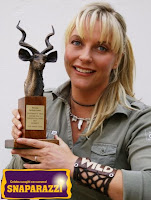 Wild Ltd has grown from strength to strength, with our viewership now sitting at a staggering 1.4 million people per week.  That is more than a million people each week listening to our conservation message, and this is what sparked the original idea that I needed to become qualified.  As a media figure, I need to speak from a place of knowledge, ensuring the information I’m presenting is factually correct.  We have a lot of researchers and journalists watching the show and it would be a tragedy if we were to give out the incorrect information, facts and figures.

I joined FGASA, as it is the regulating authority for nature guides in this country and the course makes practical experience mandatory, which for me was the deciding factor. We started with Mark Lowes who accompanied us on shoots and sat down for lectures after we had filmed and did practical walks whenever possible.  Unfortunately our shoot schedule was just too hectic to continue in this manner.

My producer, Nicola, found an advertisement for Bhejane Nature Training in Zululand.  This suited me perfectly as I was pregnant and this is a low malaria area.  Riaan, my husband, myself and Nicola took time off work to complete the course. Dylan Panos is the head ranger and along with his team went out of their way to ensure my comfort.  We would start out with a morning walk with him and ended up never walking more than 3 km’s, because we were asking so many questions.  After breakfast we would have lectures and study time and boy – did we study - we were so nervous about the test.  Dylan and his wife Christa also had module specific lecturers join us for certain parts of the course. Herpetologists, geologists and ornithologists added to our fast growing knowledge of the South African bush.

Needless to say, the day before and the morning of the exam were very stressful but we passed it with flying colours.  I’m already seeing the benefits of the course in our everyday work.  We are now working on the new season of Bush Radar and are already implementing our new knowledge into the tv series.

It has been paramount for us to not only learn from the course and the incredible people who have shared their knowledge and talent with us but through these amazing people who fight the good fight of conservation, we are now able to send out an even stronger message to tv audiences. 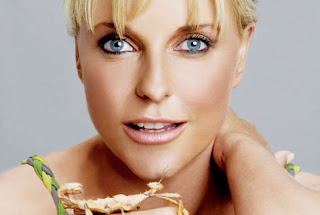 The 3 year 'Impi' group was given the opportunity to organise and manage a fundraising event. The purpose being, to raise funds for the purchase of equipment for their conservation projects.

The first of three events was a 7's Rugby tournament hosted at the Hluhluwe Rugby Club this weekend.

Due to the adverse weather conditions, fewer than expected teams arrived for the tournament. Ultimately, a total of 6 teams took part in the tournament, with teams coming from as far as Pongola in support of the fundraiser.
The tournament took the format of a 'round robin', with all teams playing each other.

The first game kicked off at 9am as the rain clouds cleared and the sun came out.
The Pongola and Alpha Security teams qualified for the semi- finals and had a nail biting game. Alpha Security played a well structured game and took the win of 3 - 1!
At the end of the round robin, Hluhluwe Rhino's were in the lead, with Pongola and the Badmington Team on equal points.  The Badmington Team, chose not to play a Semi-final, offering the final spot to Pongola.

After a 15 minute break the final kicked off as everyone watched with anticipation. The final was a 10 minute a side game where Hluhluwe Rhinos played confidently and finished strongly with a 4 - 0 victory over the Pongola side.

Below is the table of results for the day: 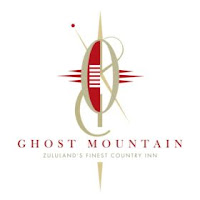 Raffle tickets were on sale throughout the day, with some great prizes being sponsored.
First prize was sponsored by Ghost Mountain Inn- A one-night stay at Ghost Mountain Inn, situated in Mkuze, with a Fishing trip on Jozini dam. Other prizes included a Game drive for the team by Protea Hotel; Breakfast from Indigenous Kreationz for the team in third place and many more prizes for the raffle draw. Thank you to all sponsorships for the day! Ghost Mountain Inn; Browns Liquors; Mkuze Country Club; Protea Hotel; Indigenous Kreationz; Hluhluwe Spar; Mrs. Stewart from L'oreal; Bhejane Nature Training and Hluhluwe Rugby Club for the venue. 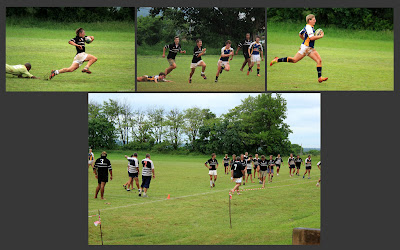 Well done to Josie Easton, Derek Joost, Zee Lemena, Graeme Stuart, Craig Bateman and Axel Primmer for putting together this very successful and enjoyable day! Most of all thank you to everyone that came out to support the event and all the contributing sponsors 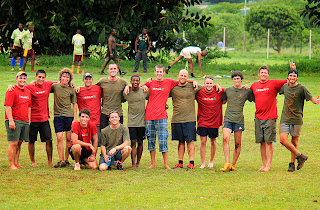 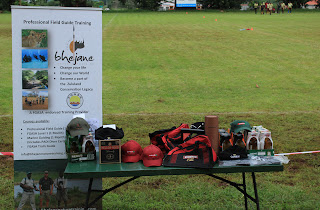 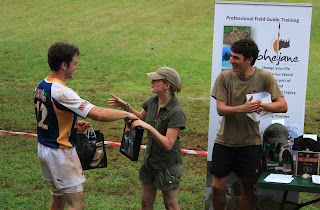 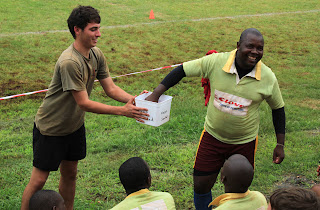 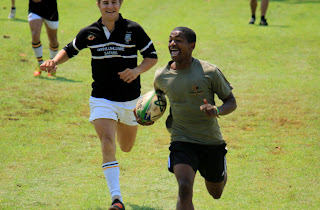 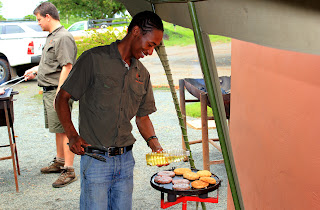 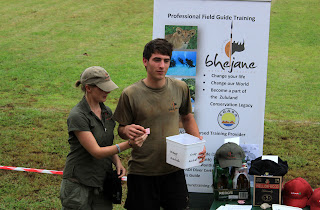